Skip to content Skip to Footer
Hey there, we think you're in Ontario. If you're located in another province, select it in the dropdown menu.

Internet Explorer is no longer being supported.

Heads up: Internet Explorer is retiring on June 15, 2022. For a better browsing experience and to properly view all of the features on our website, please use a more recent Internet browser.

Your voice and video calls just got a whole lot clearer.

If you live in an LTE area, just keep doing what you’re doing. Your network calls just got better and you get to benefit with even crisper, clearer calls. You don't need to do anything different. Just enjoy the improvements we’re hooking you up with, like switching between voice and video calls without needing to hang up. It's the Voice (VoLTE) and Video over LTE (ViLTE), and we can't wait for you to enjoy.

*Video over LTE is not supported on this device.

You'll also need to live in the ever growing area with network coverage. If you're not in the area yet, don't worry, we'll get it to you soon. 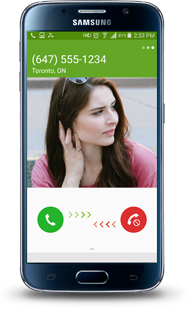 Making a call: Just keep doing what you’re doing. If you’re in the VoLTE area, everything will improve automatically.

Making a video call: Just select the video call icon, call another Virgin Plus Member with a compatible phone and it’ll feel like they’re right there next to you.

Heads up! Video calling over LTE isn't available on the iPhone.

Switch from voice to video: Just tap the video icon on the voice call screen to see the person you’re talking to.

Switch from video to voice: Tap the voice call button to turn off the video and switch to a voice call without dropping the call.

Receiving a video call: You’re in control. When a video call is coming in you can decide if you want to see, hear, or just text them back later.

Enable or disable Voice and Video over LTE: Want to go old school and turn off the high quality voice and video? Go to the phone dial pad and select More > Settings > Voice over LTE > Do not allow VoLTE calls. This will also disable video calling.

ENABLING VoLTE ON YOUR PHONE

iOS 14
iPhone 6s and newer devices running on iOS 14 or higher will automatically connect to LTE and will enable VoLTE by default.

Android 11
Android devices running on Android 11 or higher, will automatically connect to LTE and will enable VoLTE by default.

Android 10 and older
Devices running on Android 10 or older will need to have VoLTE enabled. To do so:

It's possible for select devices to make and get calls over the LTE network, while roaming in the U.S. (including Puerto Rico and the US Virgin Islands) and several international destinations.

The following devices are capable of VoLTE/ViLTE roaming:

*Video over LTE is not supported on this device.

More devices will be added in the future.


How will I be billed for VoLTE Roaming?

Note: ViLTE calls made while roaming will appear in two components: VoLTE and Data roaming in the usage section of the bill.

Got questions? We can help.